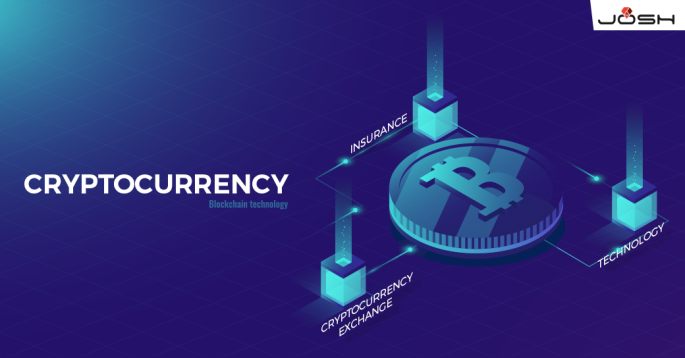 The blockchain truly has shaped up into one of the biggest technological disruptions of the decade. A digitized, distributed and secure ledger that guarantees immutable, transparent transactions, it gives both parties involved a proper breakdown for each transaction, thus ensuring credibility throughout the entire process. The most popular implementation of the blockchain are cryptocurrencies, the most well-known of these cryptocurrencies being the Bitcoin. A few problems relating to cryptocurrencies have been brought to light recently, like slow performance and processing of the public blockchain, excessive price volatility, energy consumption while mining and scams involving fraudulent ICOs (Initial Coin Offering). However, I think that all these problems can be solved with time. With increasing awareness, the cryptocurrency regulations will fall into place and as the security around blackchains becomes robust, these issues should subside.

Is cryptocurrency here to stay?

It’s like this: if blockchain is an umbrella, cryptocurrency is only one of the spokes of that umbrella. The blockchain can be used for various other things too! There are many debates happening about whether cryptocurrency will sustain in the longer run or simply be considered as another great technological invention that isn’t fruitful. I truly believe that cryptocurrency is here to stay. I also believe that it will definitely be used as an alternate currency source, if not mainstream, and it is only a matter of time before governments and financial institutions realise its potential and embrace it. While there are some international sanctions on cryptocurrencies in certain countries, fiat currencies also face this turbulence. But they have survived in these ecosystems. The combination of anonymity, ease of conversion to crypto, and the ability to move funds overseas makes cryptocurrencies a very attractive alternative and safety valve for citizens of any country. The sooner industries understand this, the more prepared they will be for the future. One industry that can benefit most from the blockchain and cryptocurrency is the insurance industry.

Leveraging blockchain as the distributed infrastructure can prevent fraud, and that is something InsureTech must implement. This can be done using smart contracts that help insurance companies and their clients come to common ground. A smart contract executes instantaneously when the constraints of all parties are met. How would it work? The consumer could set an upper limit for the insurance premium, add-ons and specials conditions that he/she is looking for from the insurance vendors. The insurance vendors could potentially bid for that contract as long as it is within their constraints. Only when the constraints on both ends are met will the contract be executed, with customers spending money on the policy they want that would be issued instantly! This could help consumers identify the exact details of the insurance they would want and to cap their budget. Insurance agents can help customers facilitate these conditions and receive commissions instantly. Since all this is instantaneous, un-manned, digital and devoid of any security risk, it will also allow for increased efficiency and quite a bit of time for both parties. Smart contracts would also lead to better settlement of claims since all past transactions would be recorded on the public blockchain and all processes would be completely transparent.

The future of cryptocurrency in the insurance sector

With cash acceptance declining around the globe, the potential for industries to take on cryptocurrencies is even higher now. Some insurance companies have already started implementing this. In April 2018, one of the world’s largest insurers, Allianz announced that it is testing the introduction of its own cryptocurrency in the form of an Allianz token. The intention is to increase efficiency while eliminating exchange rate risks in internal payment transactions. They feel that this will decrease their dependency on banking systems across the globe and also counter the challenge of converting and reconverting foreign currencies that they do not accept. This would result in saving a whole lot of commissions, and that money can be put to more optimal use.

Ryskex, a captech ecosystem founded in Berlin in 2017 specialises in solutions for captive companies, with focus on saving insurance tax, capacity bottlenecks of various insurance lines, and creation of new solutions for non-insurable risks. It uses the public Ethereum blockchain to mitigate risk hedging of captive owners and large corporates. The ecosystem has its own token to regulate payments, the Ryscoin. The company is currently working to cover cyber risks, recruitment problems and counter innovation failures.

With all of this being put into place, one thing is clear. Cryptocurrencies have moved way beyond the phase where they were considered part of a speculative bubble. They are fast becoming a reality, and one that all of us need to keep in mind and adapt to in the near future. There’s only one ground rule to succeed in matters of technology: to disrupt. And in my opinion, the future looks like a place where cryptocurrency is all set to disrupt InsureTech!