How much can you achieve in one day? Let’s ask the Josh team and Seva Sahayog Foundation. It all started when Hetal asked us if we can help them out.

Seva Sahayog has volunteers who collect donations from either door-to-door or setup a desk at various companies. Now, as part of a donation, you are supposed to receive a receipt and this was causing a lot of expense. The big issues were the large number of receipt books being printed, the donation collection monitoring, the collection limits (i.e. what is the maximum amount a volunteer should hold with himself when collecting money) and most importantly – saving paper! So, Hetal asked us if we can build a portal for them and how much will it cost, yada yada yada.

We decided to have a one-day Saturday hackathon and get our developers together and build this.

Hetal came over at 11am and explained what he had in mind. We kept things simple and sweet – we created Github issues and collaborators were assigned the tickets. Using twitter bootstrap, we ensure that the UI was standardised. MongoDB has been our preferred database. We used delayed job instead of Sidekiq because this was to be hosted on Heroku.   Well, though we actually started coding at about mid-day, by evening, the fervent activity was all put together and the site was ready for testing. After Hetal’s feedback was implemented and done, the site was ready to go and hosted on Heroku! You can see this at http://donations.sevasahayog.org

When we say one day – the team meant it. 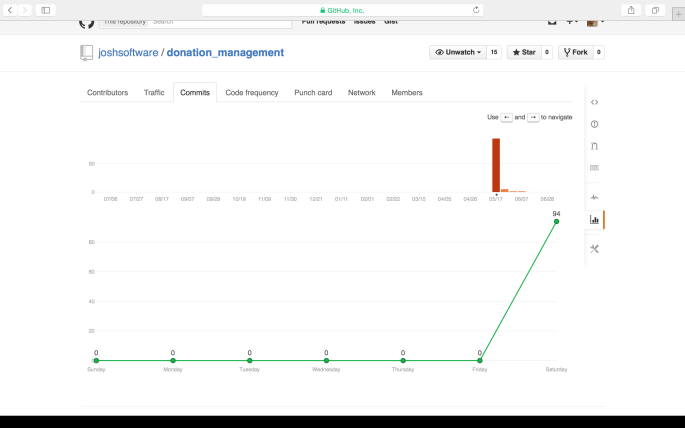 After it was pilot tested at a few places,  Hetal received an excellent response from his team of volunteers and this email from him says it all.

I thought I’ll let you know that for the first time, a user exceeded his credit limit on the donations portal, and I had to increase it. This is awesome news because it tells us that the portal is being heavily used, and we haven’t heard of any bugs so far. This year we have used it in a few companies as a pilot, and the experiment has been massively successful.
We are now on track to move to a completely paperless donation process next year.
Please pass this on to the team with a big thank you once again. I’m very proud of what we could achieve in a single days work.

Here are the proud committers. 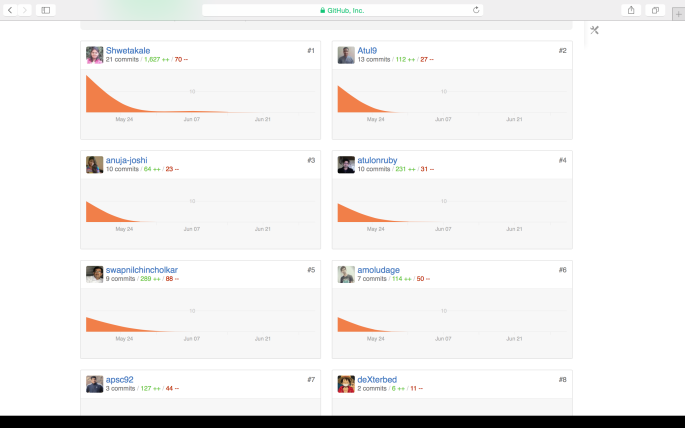 2 thoughts on “All in a days work”